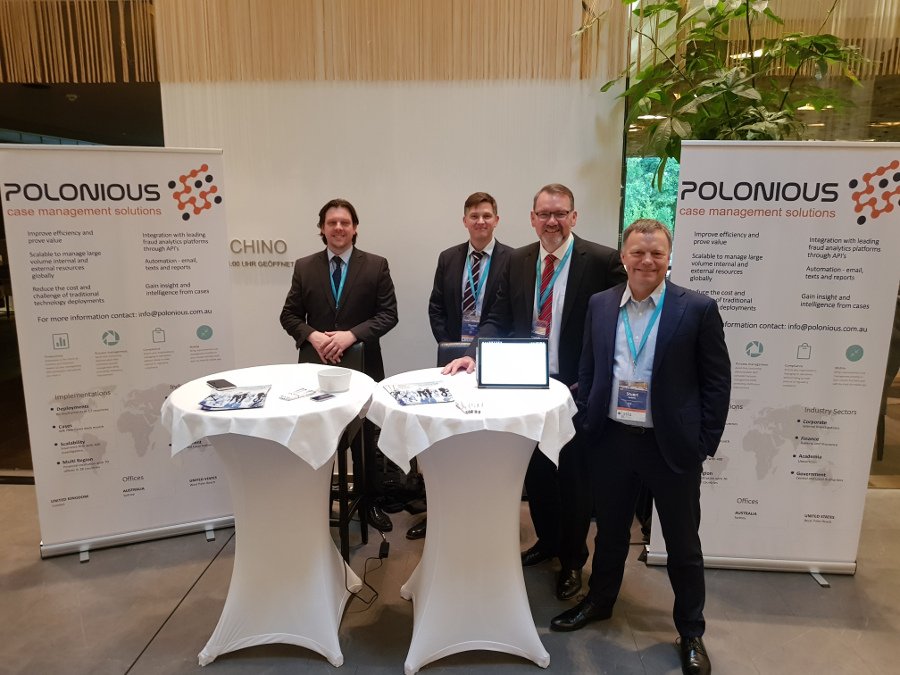 IASIU Europe kicked off yesterday, Polonious sponsored the event and exhibited in the hall for the third time.

Investigators and management from all over Europe and the rest of the world attended with 27 countries represented. As usual, the organisers did an excellent job.

For Polonious, we were excited to present our two new agents from London, England. Daniel Skeggs and Keith Maher who have extensive expertise and capability. Keith and Dan have set up our London presence and are rolling out Polonious to a charity in the coming months as their first deployment.

We also bumped into a few locals Herr Bill Elliot and Herr Dallas Barnes put on a show in their lederhosen. Wade Wicker noted the accomplishments and efforts of Oliver Lindsiepe who, along with his hard working committee have put on great conferences and meetings. Per Norström replaces Oliver as President. We expect great things Per, no pressure! 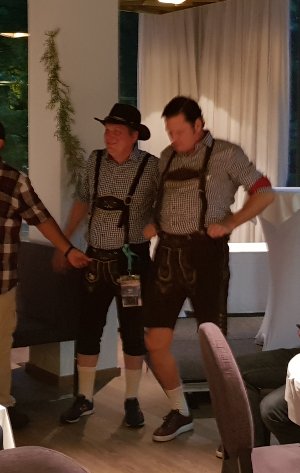 Polonious also exhibited our new network maps and link analysis capabilities which we’re expecting to release in 18.2 due in September 2018. 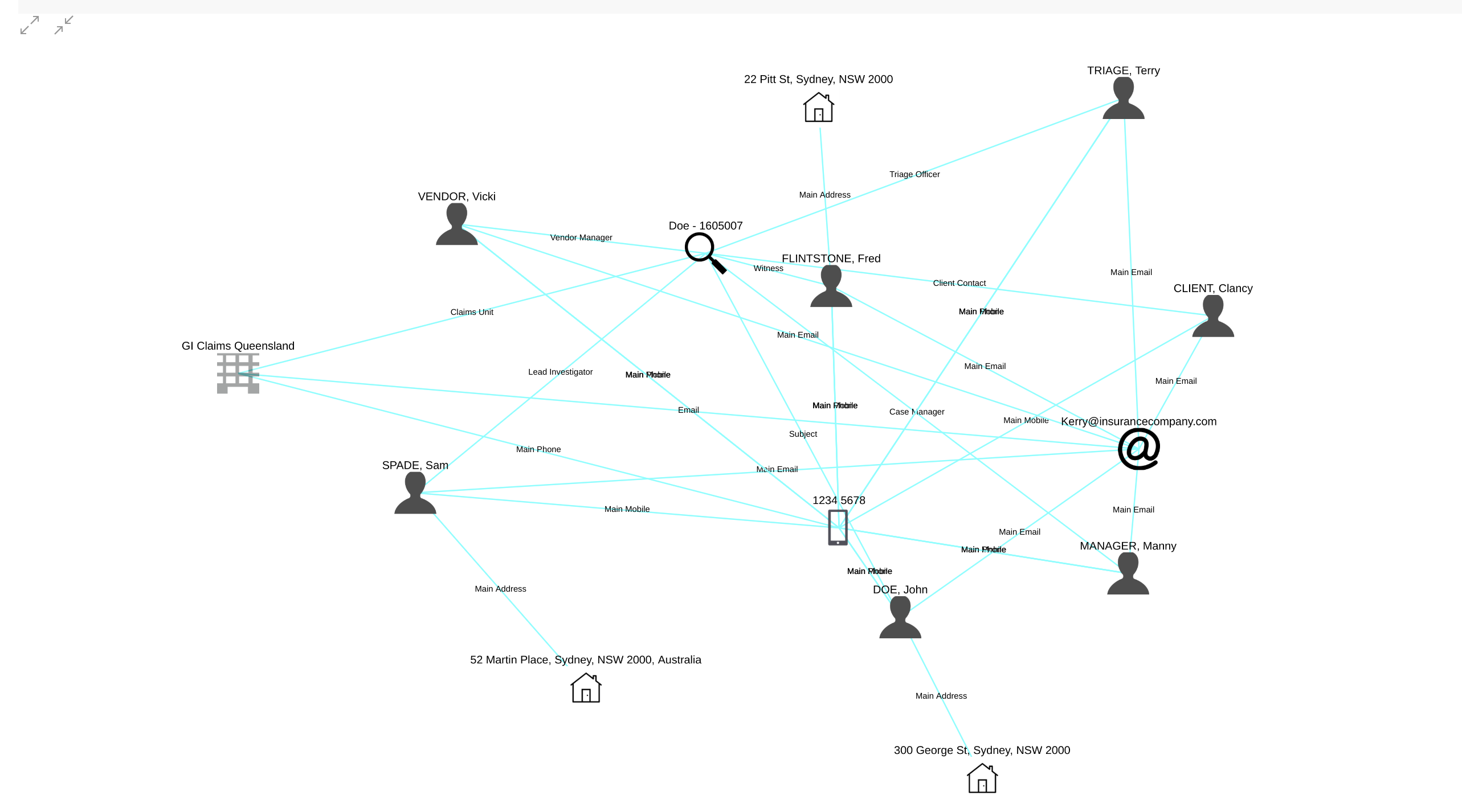 These capabilities will enable an Investigation Unit to visualise (or visualize if you prefer) the relationships between parties, vehicles, bank accounts, ownership, transactions, and anything else you care to add. This will be particularly helpful with understanding of Ring Fraud and other complex investigations. These diagrams are easy to include in a case report, currently you screenshot it but we’re thinking you might prefer a button?

NICB also demonstrated a product of interest that is worth sharing with the Polonious network.

NICB GEOINTEL. A comprehensive mapping and scanning database and application from the US now allows planes to map in 3D every house in the major storm zones of the USA. This tool (speaking as an IT guy) is amazing. It can use machine learning to work out on a score of 1-5 the storm damage using before and after imagery in as little as 24 hours after the storm has passed. An app available to insurers allows them to swipe an image of an affected house taken before and after the storm to manually spot damage, however, for me, it’s the automated scoring that really takes the prize. Well worth looking into. I can see applications of this technology to spot earthquake damage in NZ as well as bushfire damage in Australia. Keith pointed out this would also be very useful for the recent storm/flood damage to the U.K. I hope they get to other countries soon. A European deployment looks imminent. You can read all about it here: http://geointel.org/